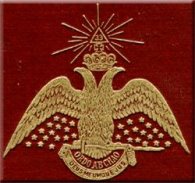 Thanks to Greg Kaminsky of the Occult of Personality podcast for the excellent interview with Aleister Crowley 2012 creator, Frater Enatheleme. The discussion covers Thelema, Ordo Tempi Orientis, the AC2012 campaign, and much more.

“… an exploration of Thelema and politics and the implications of applying Thelemic doctrine to the political sphere. Frater Enatheleme talks about the difference between government for the greatest good versus the greatest freedom of the individual. He notes that in modern political debate, the policy objectives often have little to do with individual freedom, ultimately eroding that freedom in a piecemeal fashion. Frater Enatheleme also talks about the humorous nature, and serious intent, of the Aleister Crowley 2012 project, whose motto – ‘Change we can be skeptical about’ contrasts nicely with typical political sloganeering.”

Listen to the Occult of Personality interview with AC2012 creator Frater Enatheleme.

We realize that Aleister Crowley is dead. And British. And, moreover, not running for office. Nevertheless, we believe that the most effective vote you can cast in 2012 is one for Aleister Crowley. “The absolute rule of the state shall be a function of the absolute liberty of each individual will.”
View all posts by ac2012 →
This entry was posted in Aleister Crowley 2012 and tagged aleister crowley, carl jung, demolay, ecclesia gnostica catholica, election, freedom, freemasonry, greg kaminsky, interview, j. thiebes, jacques demolay, liberty, mysteria mystica maxima, occult of personality, ordo templi orientis, podcast, politics, religion, robert anton wilson, science, scottish rite, thelema, timothy leary, william blake. Bookmark the permalink.

1 Response to Occult of Personality Interview